Vasarely and His Legacy

Alon Zakaim Fine Art is proud to present Vasarely and His Legacy – an exhibition featuring a rich selection of Vasarely’s paintings, which highlight his major interest in kinetic and optical experimentation.

Dubbed the ‘father of Op Art’, Victor Vasarely (1906-1997) forged a new means of manipulating paint in two-dimensional space. By focusing on pulsating visual illusions, he designed his works to break beyond this barrier, or recede beneath it, and transcend into the third-dimension, resulting in a dynamic effect that challenges the viewer’s perception of movement, light, depth, and space.

Spanning the course of Vasarely’s artistic practice, Vasarely and His Legacy showcases the development of his optical style from Yantsy (433), conceived as early as 1933, to RENG-MC, produced in 1984.

Alongside Vasarely, the exhibition showcases works by Patrick Hughes and Mauro Perucchetti – both of whom play on the concept of plasticity to elicit similar illusionistic effects that challenge the conventual limits of their respective mediums.

The exhibition can also be viewed in an immersive virtual reality tour, which can be found at: https://my.matterport.com/show/?m=zeR3LuRcM8G

Vasarely and His Legacy is on view at 27 Cork Street until 29 April 2022, running concurrently with Selfridges’ Universe show – a metaverse experience, marking the 25th anniversary of Vasarely’s death. 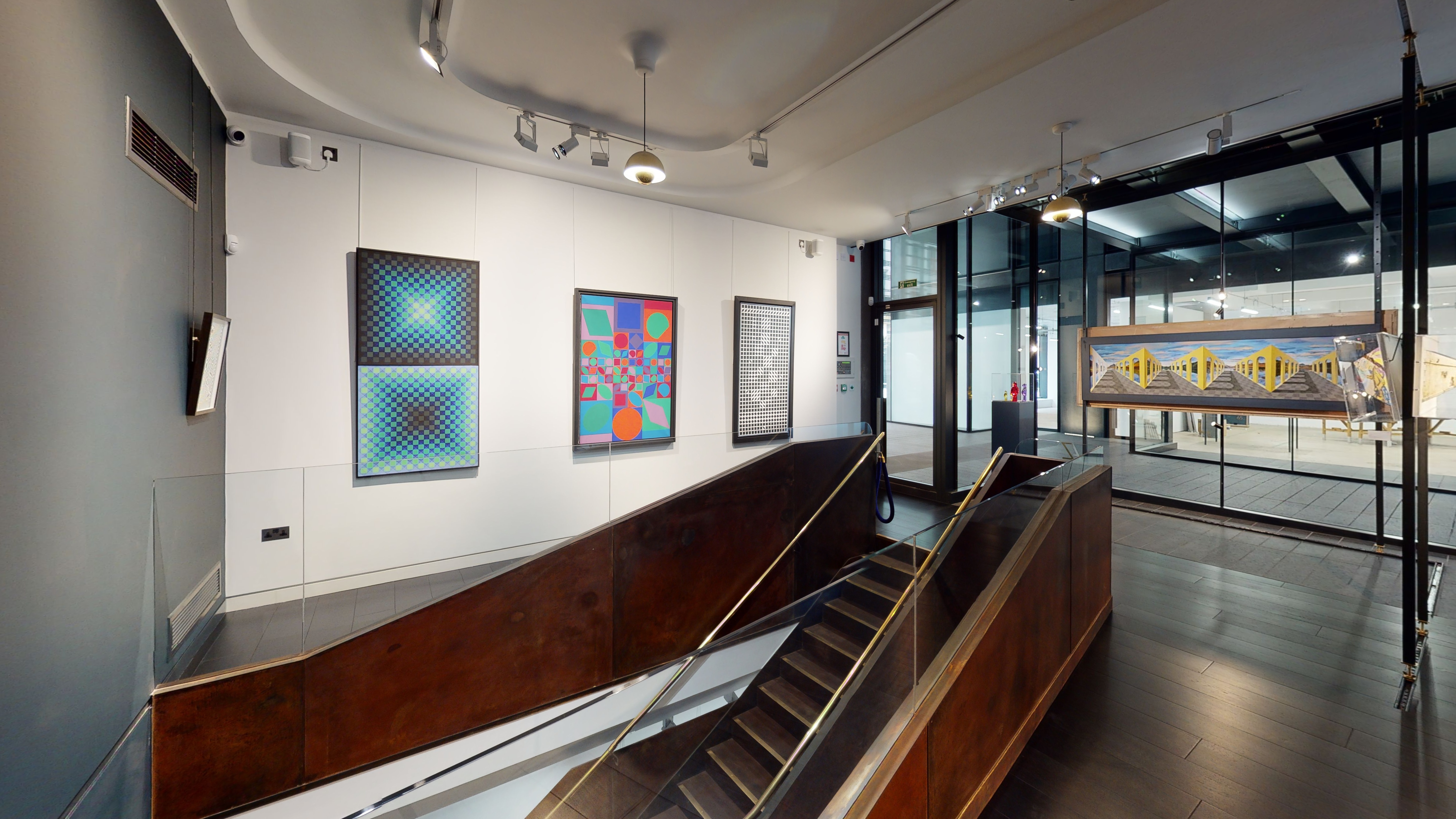 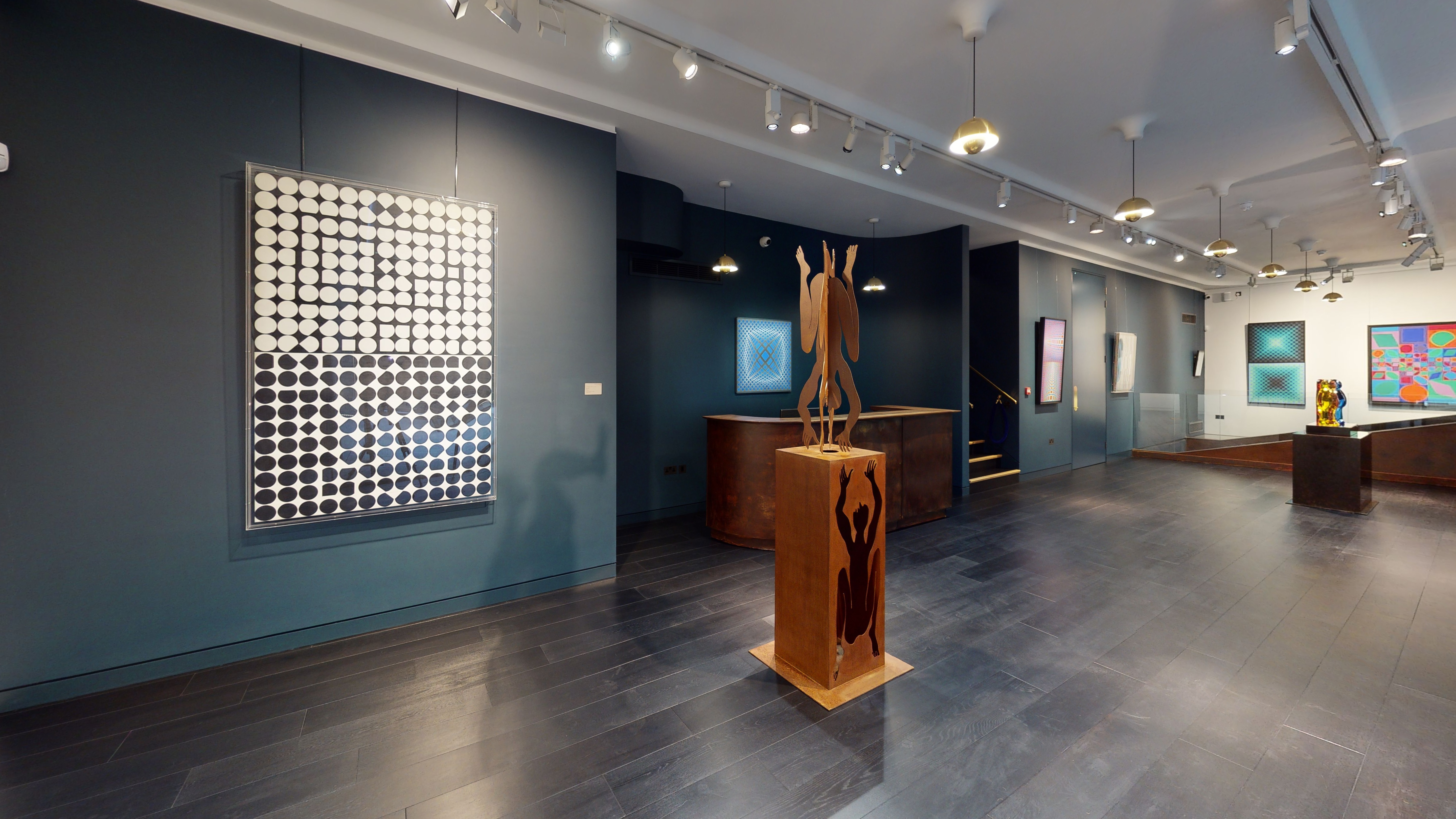 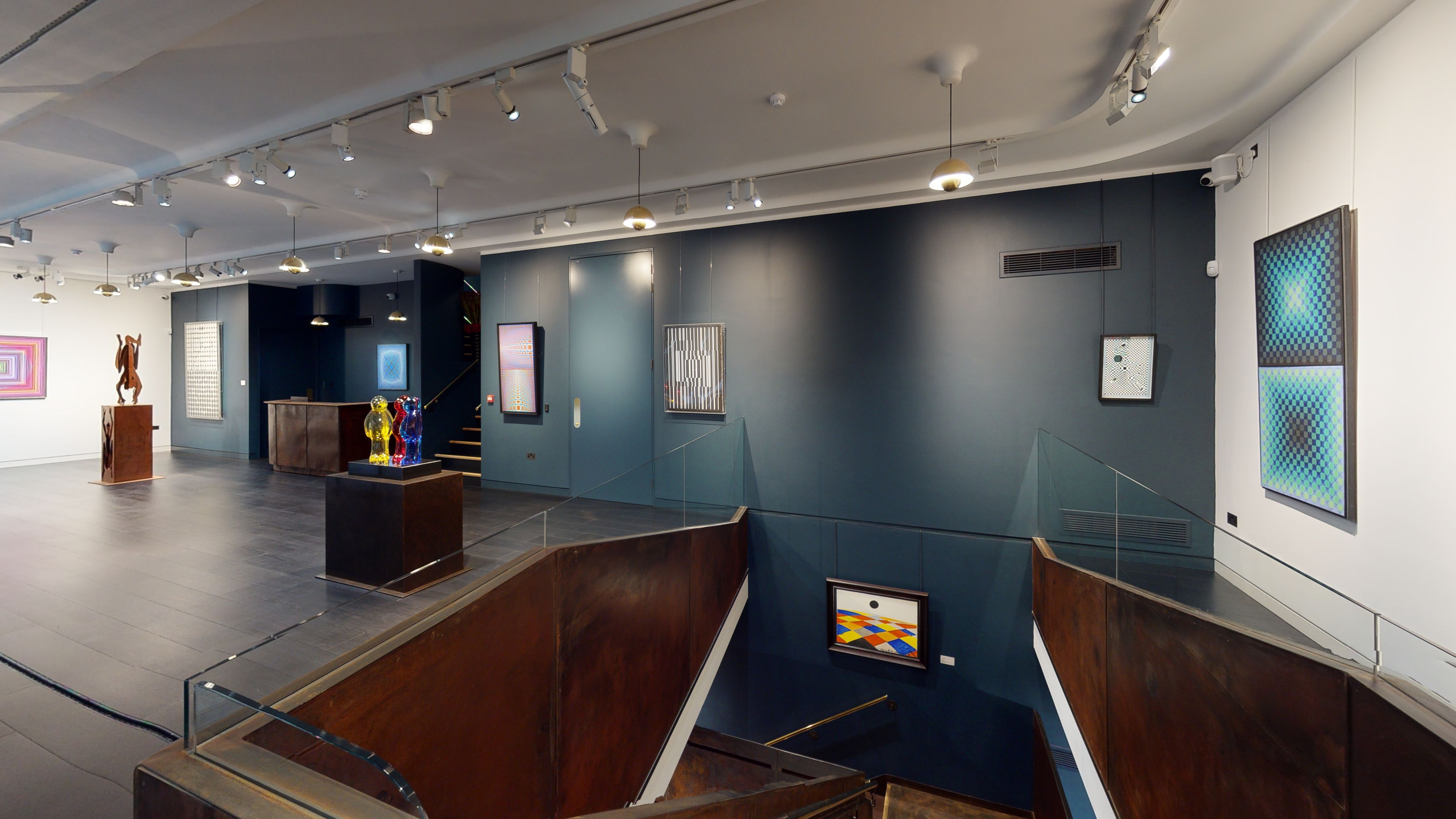 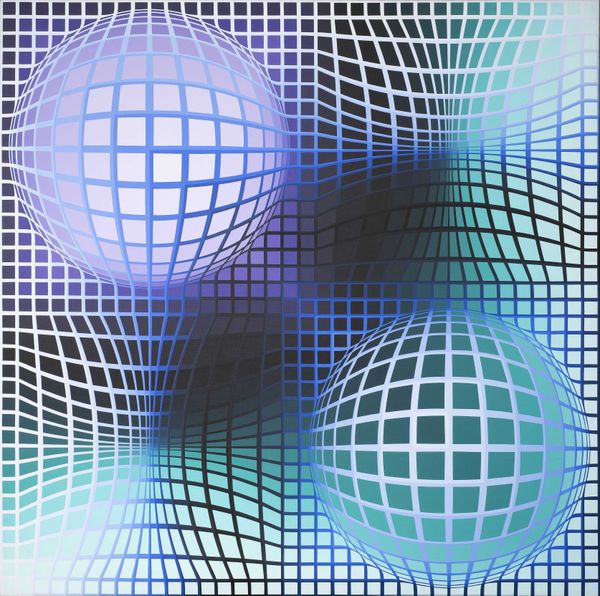