Alon Zakaim Fine Art is proud to present Insider, our second solo exhibition of the work of legendary British photographer Terry O'Neill. Held in our Cork Street gallery in the heart of Mayfair, the show will feature some of O'Neill's most iconic works, including the classic shots of Brigitte Bardot smoking a cigar, Frank Sinatra on the Miami Boardwalk, and the Beatles outside the Abbey Road studios. O'Neill is one of the world's most esteemed and collected living photographers, whose work continues to remain challenging and timeless fifty years on.

Beginning his career as a photographer in 1962, O'Neill took a shot of then Home Secretary R.A.B. Butler asleep in an airport . His unique approach soon earned him projects with various magazines and newspapers, his candid reportage technique capturing fleeting moments and leading to a portfolio of work with a dazzling array of stars. From Frank Sinatra, Dean Martin and David Bowie to Ursula Andress and Audrey Hepburn, O'Neill photographed 'everybody who was worth doing.'

O'Neill's unique relationships with his sitters allowed him to portray their multifaceted personalities, gaining access other photographers were denied. He photographed Frank Sinatra over a period of two decades, capturing him at his most casual whilst lighting a cigarette or strolling the Boardwalk, and at his charismatic best when on stage. Similarly his shot of Sean Connery posing for the camera on the set of 'Diamonds Are Forever' reveals the actor's imposing screen presence, whereas the image of Audrey Hepburn with the dove catches a chance encounter whilst she rests in between takes for 'Two for the Road.'

Today, O'Neill's work is highly prized and is housed in many private and public collections in Europe, the US and the Far East. Numerous pieces hang in both the Victoria and Albert Museum and National Portrait Gallery. In 2011 O'Neill received the Centenary Medal from the Royal Photographic Society, the highest honour in British photography.

Insider will be held at Alon Zakaim Fine Art's Cork Street gallery, from 15 May - 25 June 2013. Gallery opening hours are 9am - 6pm, Monday - Friday; or weekends by appointment only. 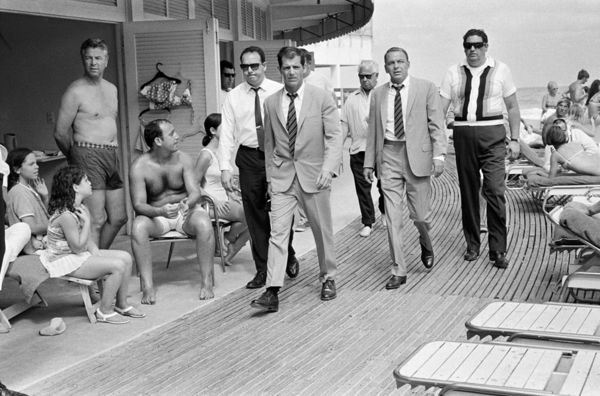