Alon Zakaim Fine Art is proud to present 'Impressionism & Beyond: Tracing the Development of French Modern Art, c.1850 - 1950' – an exhibition that chronologically charts the course of French modern art from c.1850 - 1950, and showcases a high-quality collection of works, displayed together for the first time.

The exhibition opens with an introduction to the neo-classicist movement of academicism, highlighting a selection of works that capture the essence of government approved Parisian art at the time, including the breath-taking orientalist work of the great French master Jean-Léon Gérôme.

Placed in juxtaposition, the display of Impressionist works by the major exponents Claude Monet, Pierre-Auguste Renoir, Camille Pissarro, Alfred Sisley, and Edgar Degas, were produced concurrently or shortly after their neo-classicist counterparts. Labelled as radicals for their unconventional style, these artists rejected the academic approach towards painting classical subject matter, and, instead, reflected the world in which they lived. The landscapes of Renoir and Pissarro were painted en plein air (outdoors), with free brushstrokes and fragmented colours, beautifully capturing the atmospheric mood of a particular moment. Concurrently, Degas derived similar motivation from ballet, allowing him to experiment with movement, and create a potent synthesis between labour and aestheticism, hard work and beauty.

The legacy of these artists set the groundwork for all that followed. Born out of Impressionism’s spontaneity, the Neo-Impressionists (or Pointillists) Paul Signac and Henri-Edmond Cross infused their art with a sense of meticulousness and regulation by painting with a colourful mélange of dots, lines, and brushstrokes. Dots or patches in complementary colours were to be juxtaposed and distributed evenly and methodically across the canvas. In this sense, the French appeal for academia had returned, and the school of Neo-Impressionism was established. Concurrently, the Post-Impressionists combined elements from their Impressionist and Pointillist contemporaries to project scenes with dappled brushstrokes and diffused colours. Placed in dialogue together, three 'le 14 juillet' themed works by Henri Le Sidaner, Gustave Loiseau, and Ferdinand du Puigaudeau exemplify the Post-Impressionist spirit, not least as depictions of a planned and celebrated occasions, but also for their insight into the emotions of these pivotal artists.

Shortly after the outset of the twentieth century, a group of artists, known as Les Fauves (The Wild Beasts), began to experiment with the ad hoc and expressive distribution of colour and the guidance of line. Around 1910, Kees van Dongen, a great exponent of the movement, painted his seminal 'La Belle Fatima (ou L’Almée)' – the sitter for which is almost certainly the belly dancer and model Anita la Bohémienne. A true masterpiece within van Dongen’s oeuvre, 'La Belle Fatima' transposes Anita into an oriental archetype, infused with an emotional, energetic, and erotic charge that possess her and, in turn, the viewer. Also exhibited are two stunning late examples of Fauvism by Raoul Dufy, who assembled his own unique style after exhibiting with and learning from the Fauves.

The exhibition concludes with a broad overview of Cubism: a new artistic language that took still objects or portraits and broke them down in fragmented planes, before layering them onto one another to probe the possibilities of multiple angles of visibility. Cubist sculptors like Alexander Archipenko and Jacques Lipchitz translated these ideas into the three-dimensional medium; the former found joy in his application of positive and negative space to generate dynamic movement, whilst the latter adopted a range of rectilinear and curvilinear features to innovatively indicate specific body parts and human qualities, as exemplified in 'La Liseuse II'. The neighbouring work on paper by Lipchitz presents an interesting dialogue between the artist’s two-dimensional and sculptural approaches to Cubism.

The development of French Modern Art, despite its rapid succession, was never strictly linear in its evolution, as artists frequently harked back to the roots of their cultural identity for inspiration. Two still lifes painted by the Cubist artists Henri Hayden and Roger de la Fresnaye are displayed, but the resulting products could not be more disparate. Produced in 1910, de la Fresnaye’s 'Nature morte à l’oeuf' fell into the period of his typical Cubist style, where his works are dominated by flat geometric shapes and areas of bold colours. This example, however, captures the essence not of his Cubist contemporaries, but of his artistic predecessors, such as Cézanne, Monet, and Renoir – a testament to the emerging legacy of Impressionism.

The exhibition is also available to view via an immersive 360 virtual reality tour. 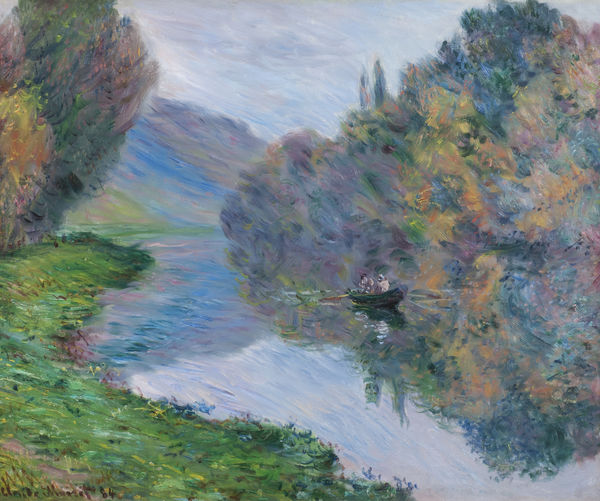