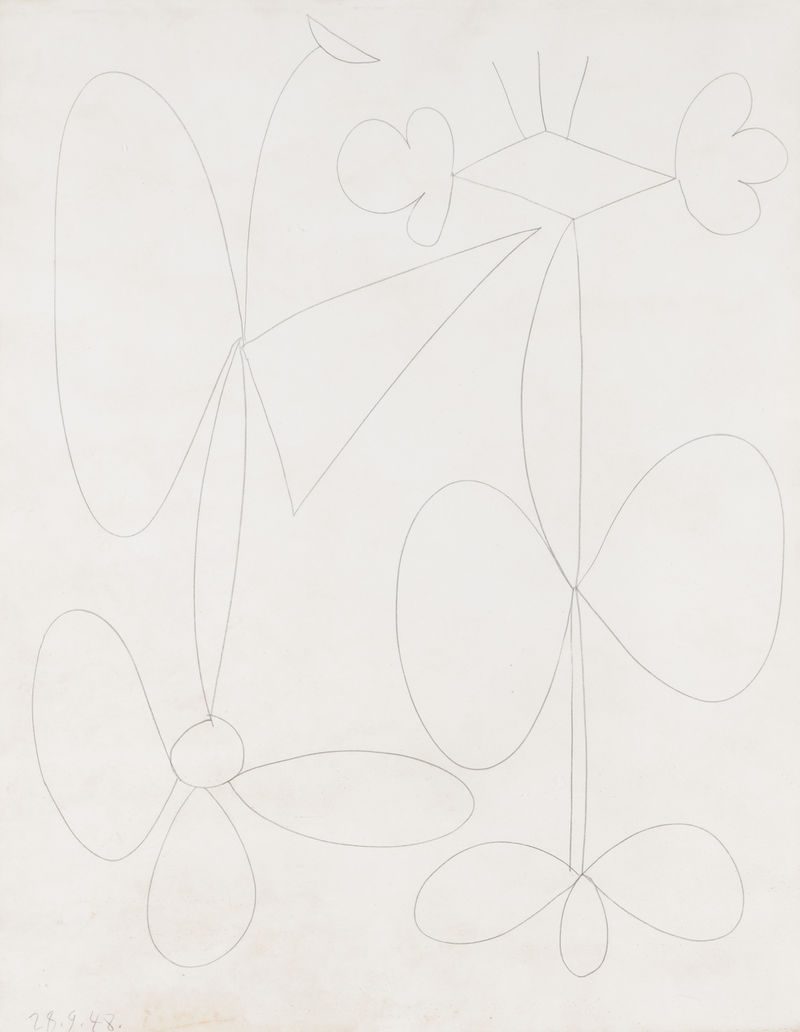 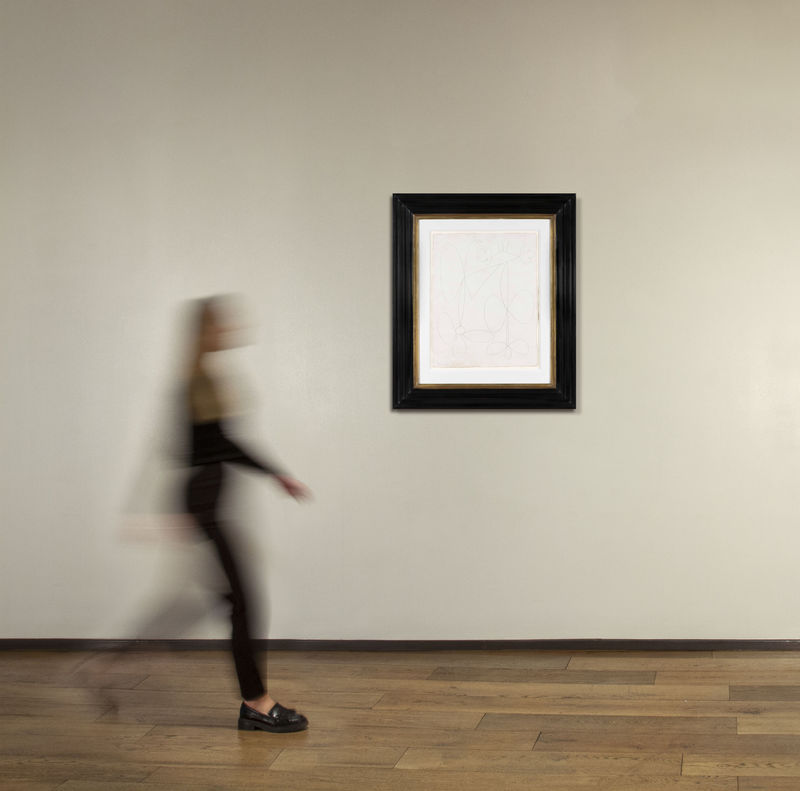 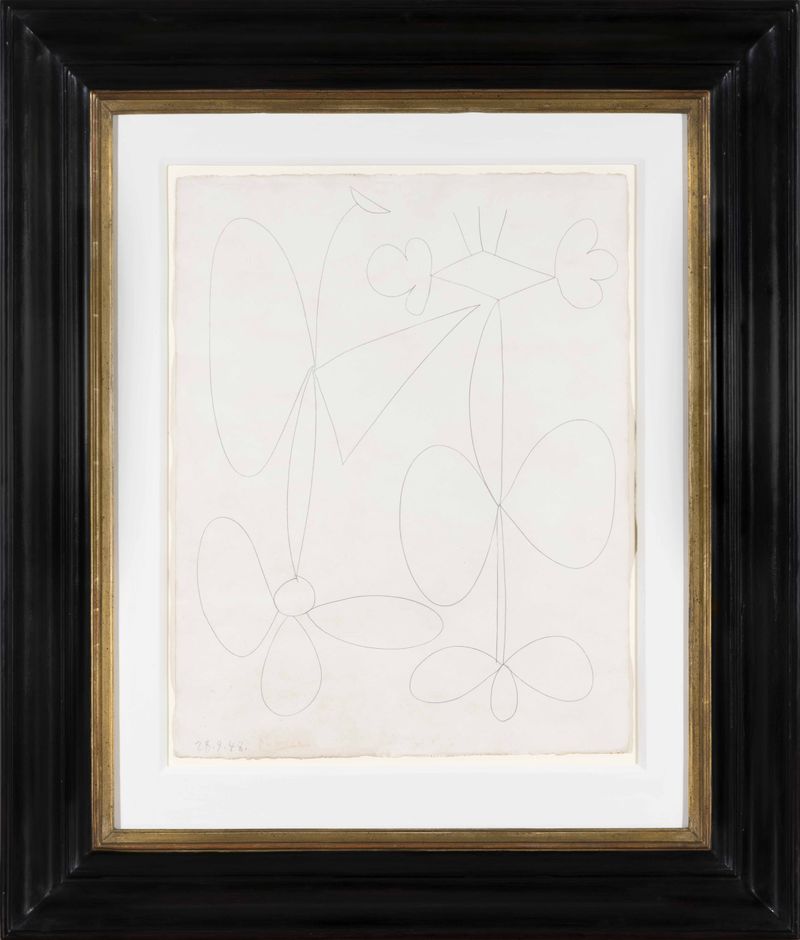 In 1946, Picasso painted the quintessential portrait of his then lover, Françoise Gilot, in Femme fleur en gris. The artist told Françoise, when speaking of the work, “You’re growing like a plant… I’ve never felt compelled to portray anyone else this way" (F. Gilot, Life with Picasso, New York, 1964, p. 113).

Executed just two years later, Fleurs belongs to a series of drawings and paintings by Picasso that explored the idea of distilling the human figure into its basic elements to capture the essence of the individual depicted. The engaging, anthropomorphic still life in Fleurs seems to suggest a portrait of Picasso and Gilot, with the silhouette of the male and female plants facing each other in a conversant posture. The fluid decorative line of the drawing, reduced means and simplified composition also suggest Picasso’s continuing dialogue with the artist Henri Matisse. During these post-war years, the artists lived near each other in the South of France and were intensely aware of each other’s artistic investigations and innovations.