Mykola Bilous is a Ukrainian painter, born in 1956. He studied at the Kharkov Art School, the Crimean College of Painting, and the Kharkov Art-Industrial Institute. Heavily influenced by the Bauhaus school­—especially Kandinsky—Bilous utilised inversion (the changes of colour) to invent a method of harmonising colours. Remaining true to the Bauhaus, Bilous’ inversion is regulated by certain rules devised by their theorists: that basic tones (primary colours) are used; and that a thin layer of other colours is executed between the primary and auxiliary.

His works often resemble theatrical scenes, in which their backgrounds are darkened to enliven and illuminate figures in the foreground, as if at night. Through their arrangement of colour and flat forms, Bilous’ works evoke poster-like aesthetics, bestowing them with optical qualities.

Moreover, Bilous is a major film enthusiast, and his art, unsurprisingly, is reminiscent of film frames. The Grand Prix award-winning film ‘My name is Rosetta’ (1999) even featured a poster with a design by Bilous, and, recently, a documentary film, entitled ‘Kolunya’, on the artist was released in his native Ukraine. 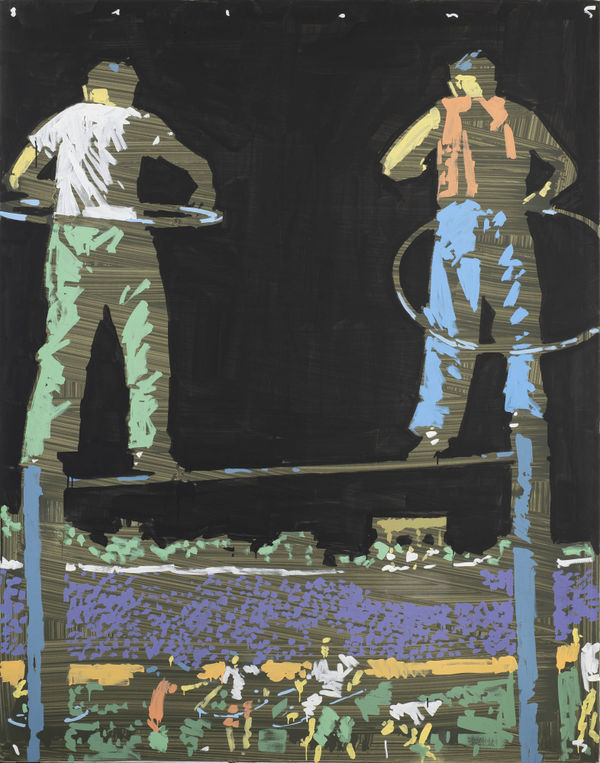