Eileen Agar was a British painter and photographer associated with the Surrealist movement.

In 1926, she met the Hungarian writer Joseph Bard whom she would marry in 1940. In 1928, they lived in Paris where she met the Surrealists André Breton and Paul Éluard with whom she had a friendly relationship. She was a member of the London group from 1933. Her work was selected by Roland Penrose and Herbert Read for the International Surrealist Exhibition at the New Burlington Galleries, London, in 1936, where she showed three paintings, a Quadriga and five objects.

Agar exhibited with the Surrealists in England and abroad. She started to experiment with automatic techniques and new materials, taking photographs and making collages and objects. The Angel of Anarchy (fabric over plaster and mixed media) is an example from 1936-40. It now appears at the Tate.

In 1937, Agar spent days-off at Picasso and Dora Maar's home in Mougins (Alpes-Maritimes), with Paul Éluard and Nusch, Roland Penrose and Lee Miller (who photographed her).

In 1940, she was present in many surrealist exhibitions in Amsterdam, New York, Paris and Tokyo.

After the World War II, she had started a new productive area (almosts 16 solo exhibitions between 1946 to 1985). By the 1960s she was producing Tachist paintings with Surrealist elements. 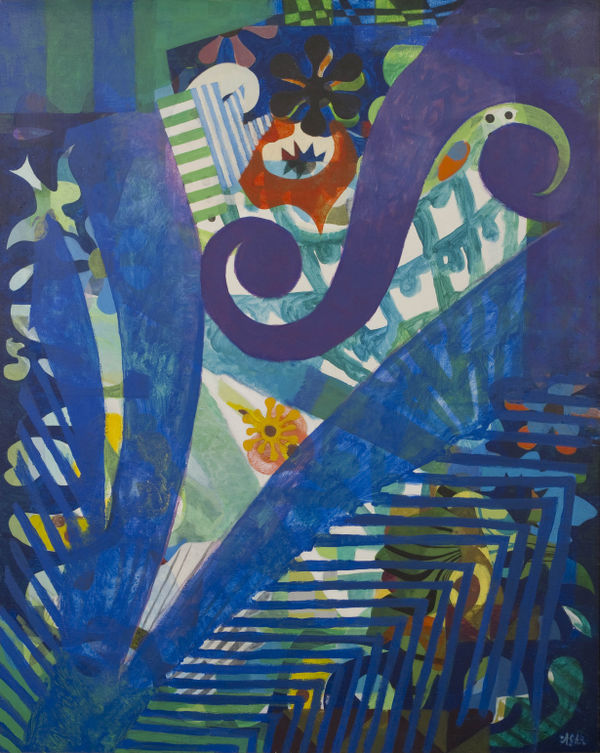