Born in Pontoise in 1881, Marcel Bouraine studied under Jean Alexandre Joseph Falguiere. He was captured in Germany during the World War I, and interned in Switzerland, where he produced several monuments. In 1922, he exhibited at the Salon des Tuileries, and the following year, he attended the Salon d'Automne. He specialised primarily in small-scale sculptures, mainly of animals and statues, made from terracotta, alabaster, and bronze, but he also designed certain articles of daily use, including lamps, bookends, and raditator figures. His bronze figures often have silvered, patinated or hammered surfaces, and his most popular works are combined with ivory. He also made two major commissioned works for the 1937 Paris International exhibition. 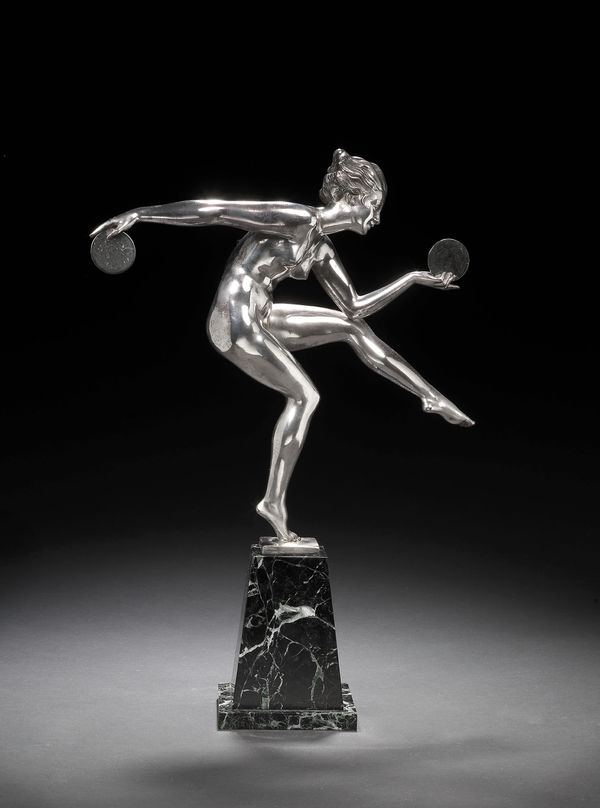